This is a great video. No explanation needed.

Posted by Steve Van Nattan at 9:26 AM No comments:

PARROT SPENDS TOO MUCH TIME IN BABY'S ROOM

Posted by Steve Van Nattan at 7:25 PM No comments:

This is the first time I have really enjoyed the singing of the European Anthem.


Posted by Steve Van Nattan at 7:19 PM No comments: 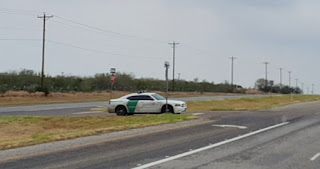 TOP THIS ONE FOR A SPEEDING TICKET IN KINGSVILLE, TEXAS
Two Texas Highway Patrol Officers were conducting speeding enforcement on Highway 77, just south of Kingsville, Texas. One of the officers was using a hand-held radar device to check speeding vehicles approaching the town of Kingsville.
The officers were suddenly surprised when the radar gun began reading 300 miles per hour and climbing. The officer attempted to reset the radar gun, but it would not reset and then it suddenly turned off.
Just then a deafening roar over the mesquite treetops on Highway 77 revealed that the radar had in fact, locked on to a USMC F/A-18 Hornet which was engaged in a low-flying exercise near its Naval Air home base location in Kingsville.
Back at the Texas Highway Patrol Headquarters in Corpus Christi the Patrol Captain fired off a complaint to the U. S. Naval Base Commander in Kingsville for shutting down his equipment.
The reply came back in true USMC style:
"Thank you for your letter…
"You may be interested to know that the tactical computer in the Hornet had detected the presence of, and subsequently locked on to, your hostile radar equipment and automatically sent a jamming signal back to it, which is why it shut down."
"Furthermore, an air-to-ground missile aboard the fully armed aircraft had also automatically locked on to your equipment's location."
"Fortunately, the marine pilot flying the Hornet recognized the situation for what it was, quickly responded to the missile system alert status and was able to override the automated defense system before the missile was launched to destroy the hostile radar position on the side of Highway 77, south of Kingsville."
"The pilot suggests you cover your mouths when swearing at them, since the video systems on these jets are very high tech. Sergeant Johnson, the officer holding the radar gun, should get his dentist to check his left molar. It appears the filling is loose. Also, the snap on his holster is broken.”

Posted by Steve Van Nattan at 6:46 PM No comments:

This ought to get some fatty under conviction of sin:


Posted by Steve Van Nattan at 2:47 PM No comments:

Seven All Time Most Popular Posts

Tell a Friend How To Laugh